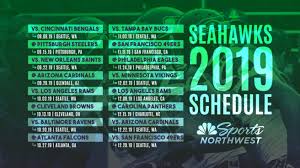 ussell Wilson is the reason I like the Seahawks. When I see him play,  I like his motivation and drive for the game and he is  Christian (I also go to church so we connected there),  but the Russell Wilson brought me closer to the whole team and from there I start liking the Seahawks.

As I got more interested in the team I tried to learn everybody’s name. At the time, they had Richard Sherman, Marshawn Lynch, Michael Bennett, Cliff Avril, Doug Baldwin, Jermaine Kearse, Golden Tate, Earl Thomas, Malcolm Smith. I had to learn and get use to them all. And Madden 25, the game which came out in 2013, really helped me learn the roster because I played with the Seahawks constantly.  In 2014, it was their year,we were whooping teams‘ butts and grinding our way to the top, and when the season was over, it was playoff time. We dominated all the teams we played, but the game remembered is San Francisco 49ers vs Seattle Seahawks. This the game everybody had been waiting for and, of course, I watched my team winning. Everybody had their money on the 49ers because they had a good squad back then; everybody thought they were going to win. I’m not going to lie; it was a good game, but you know my Seahawks took the dub, and then you know Richard Sherman ended the game with his speech about Crabtree. I know yall 49ers fans remember that!!.

This is Seahawk’s schedule for this year, but the first game, Cincinnati won that game so we’re 1-0 to start the season.  Let’s go Saeeeeehawks.