The Hidden Gem of Prague 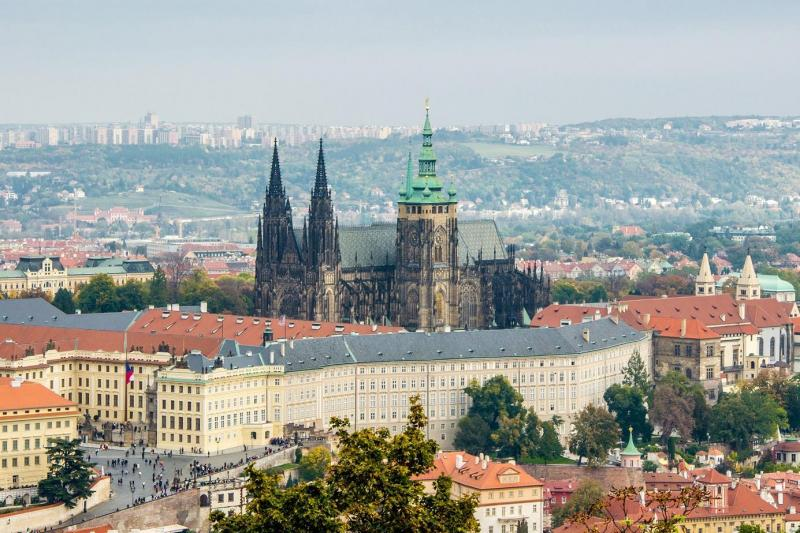 Prague is one of the unknown gems of Europe. It is the capital of the Czech Republic. Located in the inland part of the country, Prague is a great place to explore on your next travel trip.

The price of the flight was $989 round trip through American airlines. It will leave LAX at 12:15 pm. 12 hours later it will land in Rome, Italy. You would be in Rome for 2h 35min, then one more 1h 55min flight to Prague. On the way back you will fly from Prague to Amsterdam, which takes 1h 35min, then there is a 14h layover. It is a long layover but it would be more expensive to choose another flight. Sometimes it is worth saving the money even if it means having an extensive layover. Amsterdam airport is also a great place to walk around in and you probably won’t get too bored. Sometimes for long layovers, it might be worthwhile to check if the airport has a hotel attached where you can sleep a little bit. Just make sure that you’re back in time for your flight. The last leg of your journey will be an 11h flight from Amsterdam to LAX.

Explore the old town square despite Prague’s lively history of invasions, the Old Town Square has remained relatively untouched since the 10th Century. Swarms of tourists crowd the historical streets, packing out the alfresco restaurants every day. The square itself is the perfect place to admire the wonderful architecture Prague has to offer and if that isn’t your thing then the various street performers, musicians, and merchants that line the streets here will certainly keep you entertained.
Walking across the Charles Bridge a simple walk across the 14th Century bridge is one of the most enjoyable and memorable experiences of visiting Prague. The bridge was commissioned in 1357 by Charles IV to replace an older bridge that had been washed away by floods. Although completed in 1390, with the striking statues added in the 17th century, the bridge did not take Charles’ name until the 19th century.
Visit the Prague Castle  Located in Hradcany (the Castle district), Prague Castle is without a doubt the city’s most popular tourist attraction and it is easy to see why. The breath-taking castle has traditionally been the seat of Czech rulers and is today the official residence of the president. Entry to the grounds of the castle is free although many buildings such as the St Vitus Cathedral Basilica of St George and Golden Lane can be visited with a combined entry ticket. If you want priority access to skip the huge lines you should buy the skip line pass or you can take a 2hr guided tour!
St Vitus cathedral is one of the attractions located on the castle grounds. It is visible from all around the city of Prague. Although the cathedral looks many hundreds of years old, it was in fact completed in 1929. Many treasures await visitors including the tomb of St John of Nepomuk, the splendid Chapel of St Wenceslas and the magnificent art nouveau stained glass.
Golden Lane is also located on the castle grounds. They are a bunch of really cute homes that are all on the same lane. This is where the alchemists lived. Alchemy was an ancient branch of natural philosophy, a philosophical and proto-scientific tradition practiced throughout Europe, Africa, and Asia, originating in Greco-Roman Egypt in the first few centuries. The houses range from yellow to pink to blue.
The Lennon wall Although Prague is a long way from Liverpool, the birthplace of the Beatles, fans should certainly check out this shrine to one of the most famous bands of all time. The wall has been covered in John Lennon and The Beatles graffiti, lyrics and quotations since the 1980s and is very popular among tourists and young fans wishing to pay homage to the group.
Take a cruise on the Vltava Seeing Prague from the river Vltava is a unique experience and offers a way to see the many historical buildings and monuments from a different perspective. Cruises within the city are competitively priced and often include lunch or dinner depending on the time of day you choose to embark. Choosing a cruise with a duration of two hours or more will ensure that you are aboard long enough to escape the hustle and bustle of Prague city center and allow you to enjoy the serenity of some of the quieter riverbanks on the Vltava river.
Climb 299 Steps to Petrin Hill, Petrin is a hill on the left bank of the Vltava River, it offers great views of the city and is one of the greenest spaces in Prague. It is a pleasant walk to the top of the hill and there are plenty of benches to rest your legs on whilst admiring the view on the way up. Alternatively, you can ride the funicular railway from the lesser quarter all the way to the top of Petrin Hill. At the summit, you will find a miniature version of the Eiffel Tower, landscaped gardens and the unusual Church of St Michael, a wooden building relocated from Ukraine.

Top Things to Eat in Prague
Now it is time for one of the best parts of traveling to a new place, the food, enjoy!

Palačinky: When people think about what to eat in Prague, this is almost always on top of the list. These thin Czech pancakes look similar to French crepes but are prepared with a different cooking method and batter.
Trdelník: A traditional rolled pastry is usually served warm and topped with a dusting of sugar, nuts or cinnamon.
Vepřo-knedlo-zelo: Roast pork, bread dumplings, and stewed cabbage are ingredients that make up this hearty dish.
Chlebíčky: an open-faced sandwich that is consumed for breakfast and lunch, for it makes for a quick and filling meal. This sandwich usually has a variety of toppings such as egg, ham, salami, pickles, and cucumber.
Guláš: Beef is typically used, and chicken or pork is sometimes used as an alternative ingredient. The meat is stewed, topped with a generous portion of gravy and served alongside with bread dumplings
Smažený Sýr: deep-fried cheese served with fries, salad or a bread roll. It is also sold on the street
Knedlíky: dumplings served along with a meat dish
Grilované Klobásy: grilled sausages tucked into a roll and served with a variety of tasty sauces

I hope that this has given you a backbone to maybe plan your own trip to not just Prague but to other places around the world! Go explore the world!