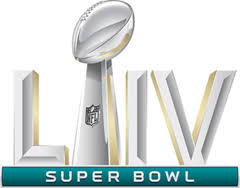 Super Bowl games have frequently been among the United States’ most watched television broadcast; Super Bowl XLIX in 2015 set an all-time record for viewership at the game, with an average of 114.4 million viewers according to Nielsen, exceeding a record set the previous year at the Super Bowl XLVIII (112.2 million). The game broadcast not only attracts a wide audience, but a diverse audience spanning many demographics and age groups, and women have accounted for at least 40% of Super Bowl viewers. Owing to the large potential audience, the network broadcasting the Super Bowl can also charge a premium on advertising time during the game. A thirty-second commercial at Super Bowl I in 1967 cost US$37,500. By contrast, Super Bowl XLVI set what was then a record for the price of a Super Bowl advertisement, selling 58 spots (including those longer than 30 seconds) during the game, generating $75 million USD for NBC; the most expensive advertisement sold for $5.84 million.

Many Super Bowl advertisements have become iconic and well known because of their quality, unpredictability, humor, and use of special effects. In recent years, advertisers have also attempted to stand out from others by producing ads with cinematographic qualities, and ads that channel emotions and real-world issues. The use of celebrity cameos has also been common in Super Bowl ads, ranging from then-unknown personalities to unexpected combinations of celebrities.

What’s the Superbowl you may ask? The Superbowl is an annual championship of the national football league. Superbowl usually starts around the beginning of February. The Champion of the AFC will play against the champion of the NFC. As time went on and TVs started to be in everyone’s household, they started to release special commercials for Super Bowl game. It aired on two networks, NBC and CBS. NBC charged companies $75,000 for a 60-second spot, while CBS charged $85,000. A 30-second spot cost $42,000, which is worth about $316,000 today. By Super Bowl 14, the year of Mean Joe Greene’s famous Coca Cola commercial, a 30-second spot fetched $222,000. In Super Bowl 18, Apple aired their blockbuster 1984 ad. The ad itself cost about $370,000 to produce, but that year, the average 30-second spot cost $525,000. Now to get a commercial spot is 5.3 million!! This year’s super bowl the chiefs took it in the end what a tragedy! But this year’s Superbowl commercial showed Post Malone, Doritos, Kia, pop-tarts, and many more etc. Every commercial that played during the game cost around 5.25 million dollars. This Halftime Show cost 10 million, and Shakira and J Lo performed the halftime show this year! It was a good game. The 49ers and Chiefs battled it out only one can win and the Chiefs won!!   Interesting facts about this year!!  The Chiefs and the 49ers have never met in a Super Bowl. This is the first appearance for the Chiefs in 50 years and the 49ers’ seventh appearance. San Francisco went to five Super Bowls between 1982 and 1995, and won all five of them, but didn’t take the win this time.