Should the SAT be optional? 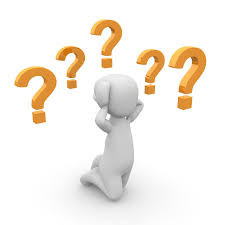 The SAT, a standardized test taken by high school students in the US for college admissions, has been around for nearly a century. Many colleges have utilized or strongly considered these test score requirements to determine a student’s intelligence. Even so, I believe that it should be a choice for students to include their test scores on their applications. Few have recently chosen to make the SAT optional or dropped it because of COVID-19 when it should also apply to all universities and colleges in general.

Although, as an English teacher at Edison, Mr. Wisar, explains that he doesn’t think any test is a good measure of a student’s aptitude, skills, or knowledge. When giving his opinion he had brought up that, “While the test doesn’t define a student’s intelligence, it can tell them some important information about general areas of study they may need to brush up on before they head to college. In the same way, their grades in their classes will show them skills deficits. Intelligence, like an SAT score or a grade, isn’t fixed, with study, work, and learning. They can all improve and change.” However, his view differs about the SAT for it is one of several points used in college admissions, making it not as big of a problem to him.

But it is not exactly useful to decide one’s understanding in part because a factor such as different educational backgrounds also tends to play a role in how well a person does on the test. According to an article by Valerie Strauss, “… SAT and ACT results follow a pattern of all standardized test scores: Kids from poor families do worse than kids with more money.” For people coming from wealthier families, they get advantages like having their own tutors and learning opportunities as well. This ends up bringing someone who may have been from a poorer family to a disadvantage because they do not have such resources available to them. This could lead their application to sit on the waitlisted or downright rejected pile.

When asked about the SAT, a biology teacher at Edison High, Ms. Lawless, had also expressed her view by saying, “I believe that it is unfair to rate a student’s intelligence based on a numerical value from a multiple-choice Math and English test… I mean, where’s the science, art, history, PE, etc.? A single Math/English test does not determine a person’s intelligence and shouldn’t be used as the ultimate deciding factor for such a life-changing opportunity of going to college.” The test itself is very flawed. If you research the history and economics behind the test, you see how companies use the test for profit. This research also brings to light how it disproportionately puts students of color and low income at a disadvantage. Also, worth mentioning is the detrimental effects that taking the SATs has on students’ confidence and sense of self-worth. Is that worth it? I think not.