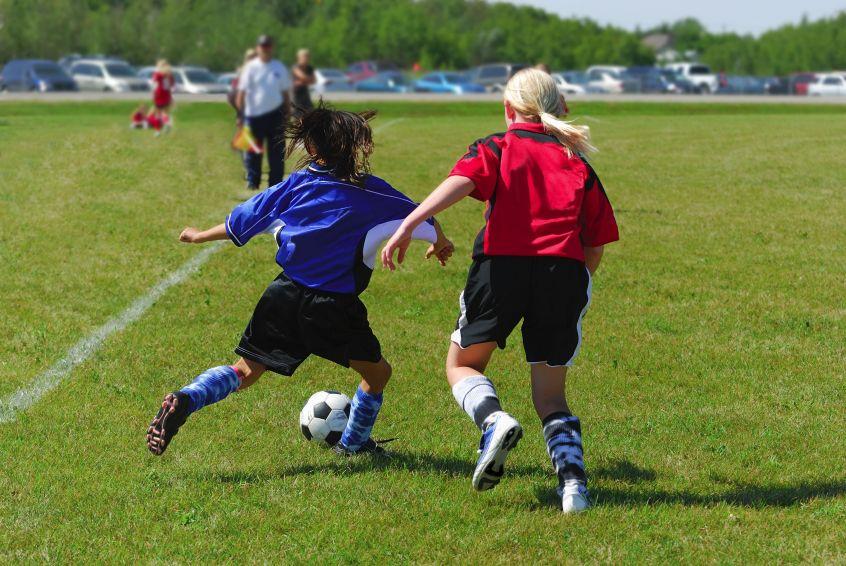 How are Varsity and Junior Varsity determined?

Varsity and Junior Varsity are determined by the coaches. The coaches look at how well you can control a soccer ball, how conditioned you are, how well you play your position, and just overall the way you play, how much skill you have, how you work with teammates, and how you think during a game.

What are the basic rules of soccer?

No Hands: You are only allowed to use your hands if you’re a goalie or on a throw-in. to clarify. Furthermore, to clarify, the rule for a hand ball includes using any part of the body from the tips of the fingers to the shoulder. In addition, the proper way to look at this soccer rule is that a player cannot “handle” the ball. A ball that is kicked and hits a player’s hand or arm is not a hand ball. This means that the referee must use their own judgment in determining whether or not a hand ball is an accidental contact or a purposeful attempt to gain an advantage. There is also a situation in which the goalie cannot use their hands. This is sometimes called the back-pass rule in which goalkeepers cannot pick up a pass that came directly from one of their teammates. In this case, the goalkeeper must use his feet.

Throw-ins: A throw-in is taken when the ball crosses a sideline (touchline) and leaves the field. The two basic soccer rules for a proper throw-in are to have both feet on the ground and to throw the ball with both hands over the head. (Video example and explanation of a proper throw in: https://www.youtube.com/watch?v=-FnYx3Z63bQ)
Corner Kicks & Goal Kicks: A corner kick or goal kick is taken when the ball leaves the field across the end line. If the offensive team kicks it out, play is restarted with a goal kick. If the defensive team kicks it out, play is restarted with a corner kick. The goal kick is taken from anywhere inside the “goalie box”. It can be taken by any player, not just the goalkeeper. The corner kick is taken from the corner nearest to where the ball left the field. This is because the FIFA soccer rules state that the ball is not back “in play” until it leaves the penalty area, the large box outside of the “goalie box”. No one can touch the ball until it leaves the penalty area, and if the ball is not kicked properly to leave the area, the kick must be retaken.
Fouls: A player cannot kick, trip, jump at, charge, strike, push, hold, or spit at an opponent. Soccer can be a physical, contact sport when two opposing players both want the soccer ball. What you need to know is that bumping or going shoulder-to-shoulder while competing for a ball is not a foul until the hands or elbows come up. This is a bit of a judgment call and not all referees will call it the same way.
Direct and Indirect Free Kicks: Direct and Indirect Free Kicks The simple difference between the two is this: On a direct kick you can score by kicking the ball directly into the goal. On an indirect kick you cannot score. An indirect kick must be touched by another player before it can go into the goal – that is the kicker and a second person. As a parent on the sideline, you can tell whether the kick is direct or indirect by looking at the referee. For an indirect kick, the referee will hold one arm straight up in the air until the second person touches the ball. No arm up, it’s a direct kick. There are many soccer rules around what causes a direct or indirect kick. In general, a direct kick comes from a contact foul or hand ball. Everything else is indirect.
Penalty Kick: A penalty kick results from a contact foul or hand ball by the defending team within the penalty area – the large box on either end of the field. So, it’s a type of direct kick also. The ball is placed on the penalty spot, 12 yards in front of the center of the goal. All players must remain outside the penalty area and the penalty arc until the ball is kicked. The goalkeeper must have both feet on the goal line until the ball is kicked. If after the ball is kicked, it rebounds off of the goal or the keeper and stays on the field, the ball is “live”, and anyone can play it.

Two-touch Rule: A player cannot touch the ball twice in a row when putting the ball in play. It applies everywhere, in which you will see it frequently on kick-offs or direct and indirect kicks. If a kid barely hits the ball and decides to take another swipe at it, that is a two-touch. This also applies to throw-ins. A kid cannot throw the ball in and then kick it.
Offsides: Offside is called when an attacking player is in front of the last defender when a pass is played through to them. The offside area is present in order to discourage players from hanging around the opponent’s goal waiting for a pass. To be onside they must be behind the last defender when the ball is played to them, and if the player is in front of that last defender then he is offside and a free kick will be called for the defending team. Just to clarify, a player cannot be caught offside in their own half, and the goalkeeper does not count as a defender. If the ball is played backwards and the player is in front of the last defender then he is not offside.(Here is a short video that explains and illustrates offsides: https://www.youtube.com/watch?v=GePlbCsGniA)

Layout of the Soccer Field:

What equipment is used to play?

Basic soccer equipment includes a soccer shirt or jersey, shorts, stockings (soccer socks), shin guards, soccer shoes (cleats), goalie gloves if you are a goalie, and, obviously, a soccer ball. FIFA provides no specific rules about protective gear however, rules say that additional equipment may be worn as long as it doesn’t pose a danger to players.

What positions are there?

Practices range from 1-2 hours long every day of the school week right after school finishes, but on average it’s 2 hours long. Even for the days we have off for school, practices still continue for the most part, it just depends on the coach and the time they have. During practices, we do a warmup run around the field however many times the coach says to. Then we do stretches, and after that we do drills and scrimmage at the end. It’s hard work. During soccer games, it gets intense, it’s physical, serious, and the pace during the game is quick. There is also lots of yelling, cheering, and screaming from the parents and fans, so it’s good to try to stay as focused as possible.

Here is a short video of what a boys high school soccer game looks like: https://www.youtube.com/watch?v=EWcNiLg4FLk

Here is a short video of the Norwich City Soccer Club during soccer practice: https://www.youtube.com/watch?v=HVzLBVYX01E

During tryouts, they gather up all the boys who want to try out, and they divide them into who wants to try out for JV, Varsity, or the freshman team. The coaches basically test your skills and see how you may

contribute to their team. The tryouts last only 3-5 days, in which you do some drills and a lot of scrimmaging (scrimmaging is basically practice games).

What is the warm up?

The main warmup for soccer is running and stretching, in which you just do a couple laps around the soccer field, after you finish, you stretch.

How do you win?

In order to win a game of soccer, one of the teams has to score the most goals in the goal which is the net box that the goalie protects. Each score or goal counts as 1 point, and the team that scores the most goals within 60-90 minutes wins. If both teams have the same number of points/goals, then they go into overtime which is an extra 20-30 minutes to play. Then, after the overtime, if both teams still have the same number of goals, then they go into penalty kicks.

Are there any rotations during a game?

The rotations, which are called substitutions in soccer, occur when the coaches decide if they want to substitute a player out for another player to replace their position. This substitution is not mandatory, it is solemnly based on the coach whether he wants to make that decision, or whether the player wants to be substituted.

Do we need paperwork information to give to someone, and if so, who?

Yes, a physical is required to try out and play for a team. You can contact the athletic director, Mr. Verdusco, for all the paperwork and information you need in order to play soccer.

What are the dangers of soccer?

The most common ones include sprains and strains, often around the knee and ankle. Player collisions — either full body or kick collisions — can cause a wide range of injuries, including cuts, bruises, and concussions. Overuse injuries, such as Achilles tendinitis and shin splints, frequently occur, as well.