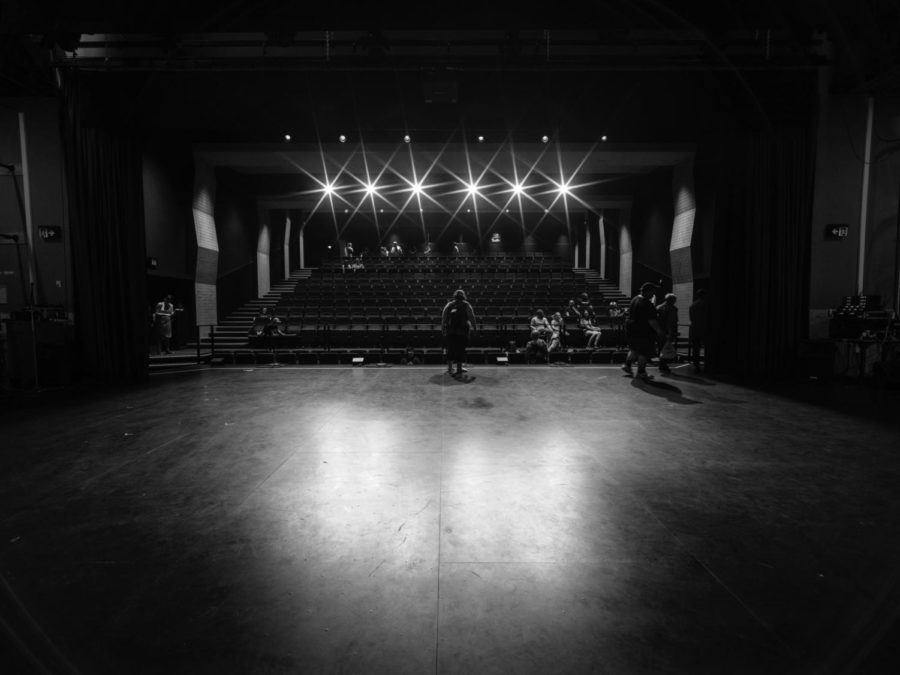 Clue isn’t just the entertaining board game but also a play! Clue is a hilarious farce-meets-murder mystery which was performed at EHS in the weekends leading up to Spring Break.

The story begins at a remote mansion, where six mysterious guests assemble for an unusual dinner party where only blackmail and murder are being served. When they find their host dead, everyone becomes a suspect. Led by Wadsworth – the butler, Miss Scarlett, Professor Plum, Mrs. White, Mr. Green, Mrs. Peacock, and Colonel Mustard race to find the killer as the body count stacks up.

To begin, I believe that the Edison Theater Program did its best with what it had. I must give props to the Technical Theater side of things for creating such a magnificent set with the space. The set was in the theater room rather than in the cafeteria, a “black box style” venue. But the space is just not large enough for such a style; the audience squished together in the seats.  While the one-room set was a bit confusing when the cast had to make it clear that the same room was meant to be an entirely different room.  This made the mystery more confusing. I did love how beautiful the set was as it did its job to establish the time period.

Moving on, the cast was all wonderful. They performed their hearts out and did their best to make the play as memorable as a high school theater show can be. They had the audience laughing and created suspense that had us on the edge of our seats. There were times when the cast became more soft-spoken and the audience missed the punchline to jokes or simply the thread of conversation, but those moments were rare. I truly believed that each cast member did their best to embody the character they were playing. I did wonder why many of the minor roles were often recycled through some of the cast but that could be due to a lack of actors or the roles were too small to have another actor fill in. I personally liked the idea of when killing a character off, they surrounded the main cast surrounded the victim to “kill” them rather than just turning the lights off. I believe that was a reflection of the creativity of the theater program.

To end off, I really enjoyed the show. This is the third show I have attended and cannot wait to see what next year will bring.